The cream of Australian showjumping are coming!!!! 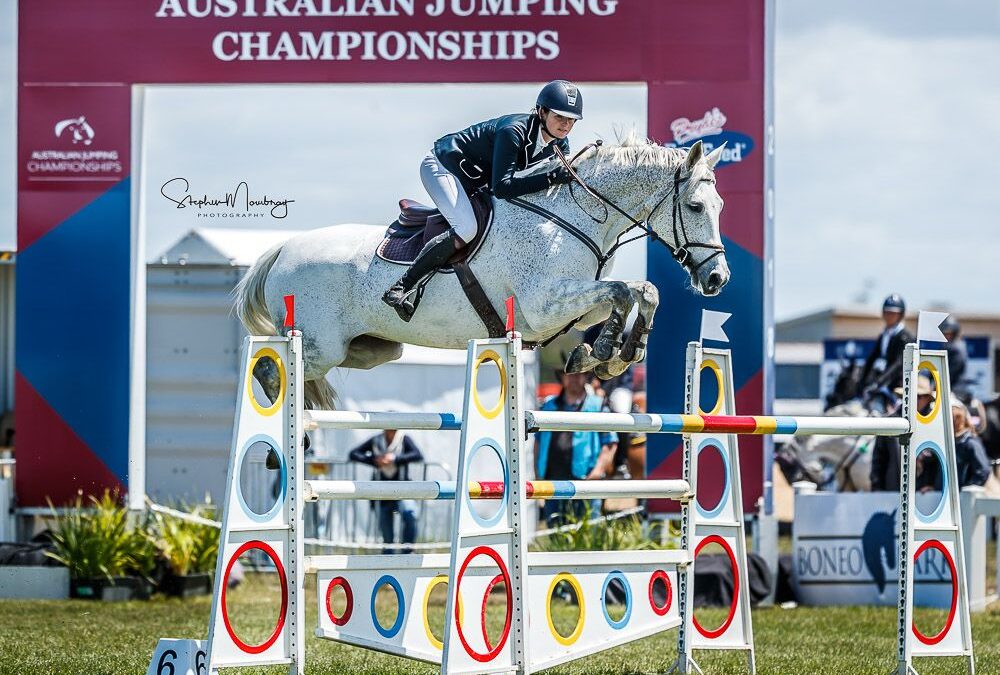 The cream of Australian showjumping will be coming together to compete in two major competitions at the Boneo Park Equestrian Centre on the beautiful Mornington Peninsula.

From 6-10 November 2019 close to 500 riders and over 800 horses will compete in the Pryde’s Easifeed Australian Jumping Championships. This will follow on from the Total Animal Supplies Boneo Park Cup event, which will be used as a warm-up for many competitors and will be held from 1-3 November.

Sandwiched between these events, Boneo Park will also host the final of Jump Off 2, a televised jumping competition, open to Off The Track Thoroughbreds. The final, which brings together the qualifiers from three heats held around the country is scheduled to start at 3pm on Monday the 4th of November.

The 2019 Australian Jumping Championships is the second in a three-year agreement for Boneo Park to host the Titles. With action taking place in four separate rings, not to mention over $100,000 in prize money, the excitement is not to be missed.

There are a range of titles to be decided over the show, with finals being held on Saturday 9th or Sunday 10th November. Titles to be awarded include:

Another highlight of the weekend will be the thrilling Australian Speed Championship, sponsored by Riordan Fuels, to be held on the Saturday evening, an event sure to keep spectators on their toes.

The Senior Championship will bring together the very best riders in the country including Amber Fuller – the current Australian Senior Champion. Reflecting on her 2018 success, Fuller says “Winning the 2018 Australian Championships was truly a dream come true. I was so proud of how CP Aretino jumped over the course of the competition. We are looking forward to coming back to Boneo Park this year to defend our title.”

To further highlight the quality of the competition, eight of the current top ten ranked riders in the Australian 2019/20 World Cup season will be at Boneo Park competing for the Australian Senior Rider Title. Also competing will be three legends of the sport; Vicki Roycroft, Chris Chugg and Victorian, Russell Johnstone. Between them, in their stellar careers, they have represented Australia multiple times in international competitions, including Olympic Games, World Cup Finals and World Equestrian Games.

Boneo Park will offer an unforgettable day out for spectators. Not only will there be world class jumping, but also live music to enjoy across the course of the show, an extensive trade village, merchandise sales and a range of food and drink outlets.

The newly opened on-site restaurant Arilla will be open for lunch and dinner throughout the Championships. Incorporating fresh local and homegrown produce with an emphasis on delicious flavours, dining here is truly an experience.  On the Sunday it will be exclusively set aside for the Champagne Pommery VIP function with a full day of premium food and beverages.  VIP Tickets are available from the website www.australianjumpingchampionships.com.au. What could be better than a day of luxury whilst watching the best that jumping has to offer?